I have a big family, five sons and four daughters, through birth and adoption. Some of them are grown, ready to start families of their own. Some are newly minted adults, on their own for the first time, some are teens, and some are still little kids.

All parents teach their children the values they consider important – honesty, dignity, patience, and hard work. But there are a few other things many of us want to pass along, such as the truth that good exercise during the day makes for good dreams at night. One of those things, for me, is the importance of good skin, for my sons as well as my daughters.

Sons, you say? Well, yes. Contrary to popular opinion, I believe that men age faster than women do, and, after their earliest youth, many stop taking so much pride in their appearance, although that’s so important in any social or professional setting. Society doesn’t really encourage men to look out for their skin, even by wearing sunscreen. One of my younger twenty something sons shocked his girlfriend just the other night, by using toner.

“I think she thought I was a sissy!” he told me. “She never heard of toner, and she’s a girl.”

“She’ll think differently when you hit forty and your skin doesn’t look like an umbrella,” I said.

She really couldn’t believe it when he started using a sonic cleansing brush (yes, he is an actor, but this was a new dimension in vanity!) Once I showed him the Pulsaderm Buddy I had just started using on my own face, and told him how clean my skin felt (without feeling “stripped”) he tried it.

How did I come to try a cleansing brush instead of my own two hands, with a cleanser? Someone gave me this little, surprisingly powerful, palm-sized cleansing brush in a promotion, and the pulsating technology really worked. I quickly noticed how the tone of my skin improved after using it morning and night. My teenage daughters got on board right away, using a Pulsaderm Buddy (which takes up less room on the counter than an electric toothbrush) and they were delighted by the results on their moody, blemish-prone skin.

Admittedly, it was harder to sell my older sons on the idea of a “beauty” tool (forget the 11-year-old and the nine-year-old for now!). But a family rule, from the days of eat-your-vegetables, has always been try it and see if you like it. When the second one, a chef who works in a greasy kitchen, tried it, he couldn’t believe that his skin also felt free of the buildup of soil and oil that collects all day. The third one saw it a gender issue, believing that women shouldn’t get all the perks of growing into skin that resists damage and wrinkles.

Admittedly, “skin care” for guys is still in its infancy. But “rugged” and “good looks” don’t really go together anymore as today’s men age. From what I see in magazines and on websites devoted to skin care, more and more men are getting the message. My sons are in a vanguard of learning what women have known for generations, that a clean face is the first step in protecting what you’re given, from your teeth to your body to the rest of your general health. It may be comical now (at least to their girlfriends) but twenty years from now, they’ll look and feel more confident than their father did at the same age.

After all, my sons are nice looking guys. Who can blame them for wanting to keep it that way? 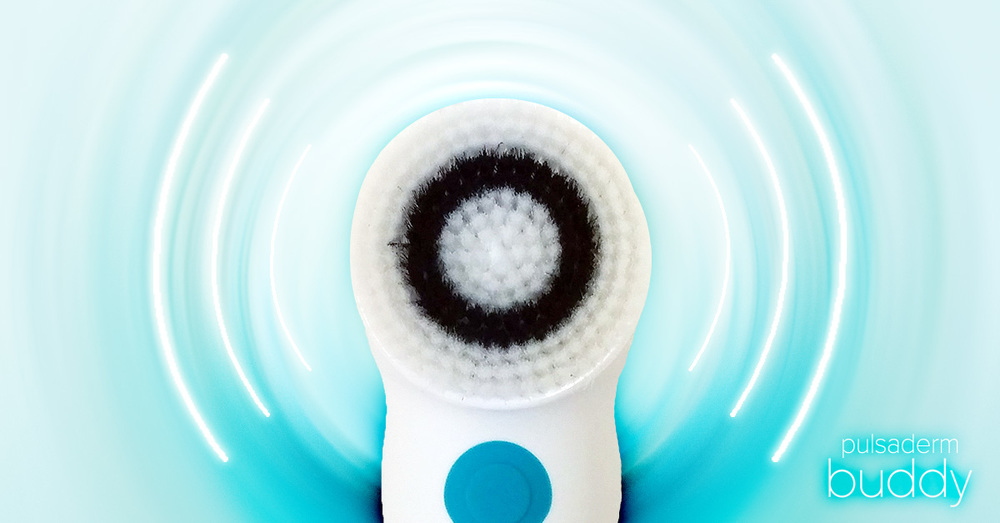